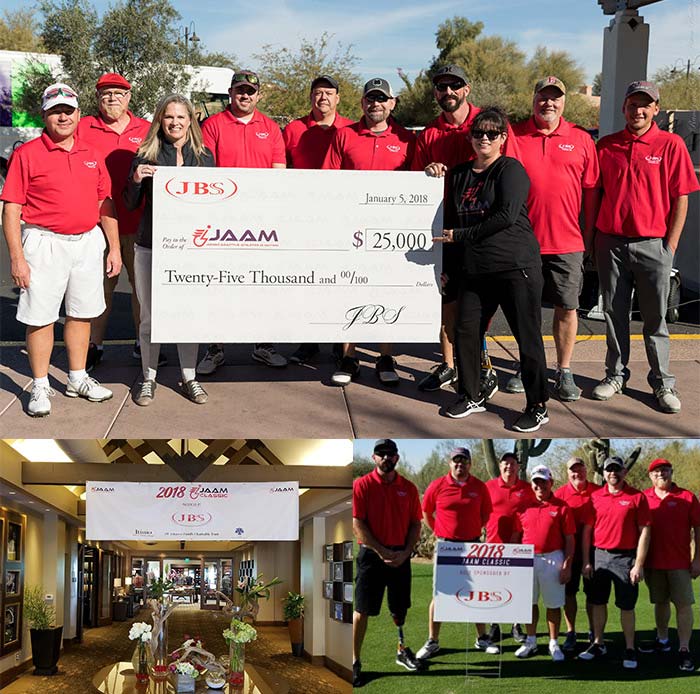 In December 2017, our Tolleson beef production facility held its 3rd Annual Charity Golf Tournament at the Wigwam Golf Resort. While it has been an honor to witness the tournament grow each year in both attendance and total donations, in 2017, Tolleson team members were especially proud to have raised a record $25,000 from the event in support of their selected charity.

All tournament proceeds went to the JAAM Foundation, a non-profit organization dedicated to making real, meaningful differences in the lives of kids with permanent disabilities. Founded with the mission to provide adaptive sports equipment such as specialized wheelchairs, handcycles, mono-skis and running blades to junior athletes in the Phoenix area, as well as assist in the national grant process for adaptive equipment, the JAAM foundation gives these children the opportunity to experience the athletics that most of us took for granted as children.

Seven members of the Tolleson management team presented the $25,000 check to the JAAM Foundation at its own golf tournament held in January 2018. At the event, our team members were not only graciously awarded the opportunity to play in the JAAM tournament, but also given the honor of “Title Sponsor.” With the inclusion of our proceeds, the JAAM Foundation was able to procure over $100,000 to support the adaptive athletes of Arizona!