The JBS USA Pork team in Marshalltown, Iowa, with the support of the entire pork business unit, went above and beyond to help fellow team members and the community impacted by a derecho storm that hit the city in August.

Though the facility did not suffer major damages, many team members’ houses, and those of fellow Marshalltown residents, sustained damage. The entire community also suffered a power outage, which lasted more than two weeks, and most people lost all of their perishable food.

In addition, many homes already damaged from a tornado were hit again from the derecho storms. With power outages across the city, food supply was limited, and the cafeteria in Marshalltown plant was the only option for food.

Our teams from both plants in Marshalltown and Ottumwa, as well as the corporate office, purchased food and grilled it for our team members and the entire community.

For three days, they offered meals, snacks and drinks. The meals were distributed in a drive through fashion to keep social distancing and COVID-19 mitigation efforts.

The team also provided food for the contractors from Alliant Energy, who worked to restore power to the city. In all, the team provided more than 3,500 meals throughout the weekend.

Our Marshalltown team also helped neighbors in need with chainsaws and clean up. 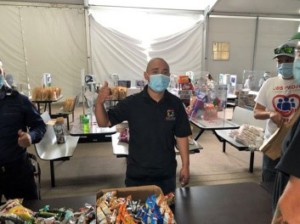 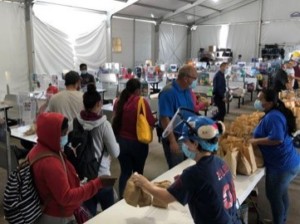