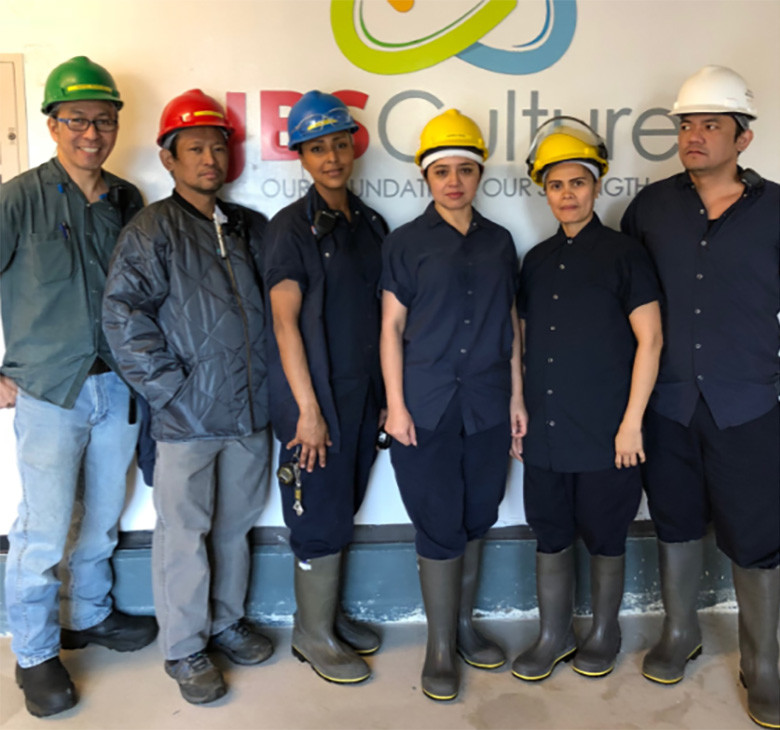 With more than 28 projects completed by Continuous Improvement Teams (CITs) in the JBS Food Canada business, our Canadian team members made meaningful changes throughout the Brooks, AB, facility in 2018. As voted by the JBS Food Canada management team, the facility’s 2018 Canadian CIT Award was presented to a group of team members who recognized an opportunity to decrease water usage on the harvest floor.

The project was initiated to address the concern that the tail and tongue washer ran continuously throughout the shifts and also during breaks. While completing the process of identifying and analyzing the problem, the team discovered that this resulted in 10,440 gallons of water wasted each shift. This water was also being introduced into the facility’s lagoon system, which relies on reduced water usage in the facility to maintain capacity.

After determining the root cause of the issue and brainstorming an action plan, the team suggested that an automatic shut-off valve be installed on both tongue and tail washers. With an implementation cost of only $1,151, this important project will save the Brooks facility more than 1,401,041 gallons of water each year.

On average, a 4 person Canadian household uses 96,800 gallons of water per year. With only the improvements made to the PAA recycle system and the tongue and tail washer, the JBS Food Canada team saved more than 107 million gallons of water annually – or the equivalent of 1,113 homes.