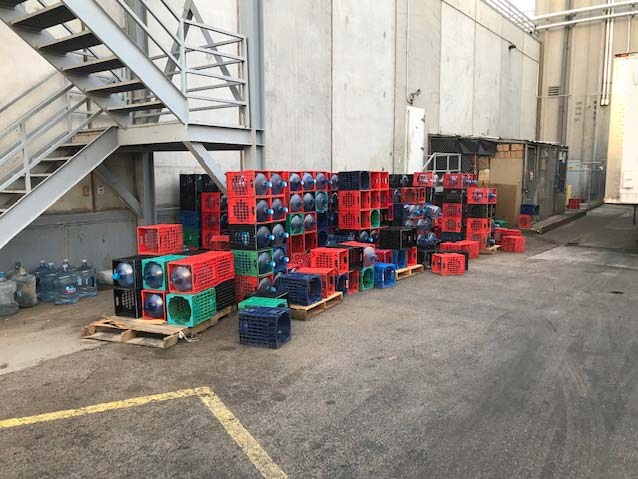 In 2018, team members from the Tolleson, AZ, Regional Beef production facility identified an opportunity to significantly reduce the amount of plastic waste generated at their facility each year. Due to Arizona’s limited access to fresh water, Tolleson is required to utilize deep underground wells as the facility’s primary source of water. However, because of the well water’s taste, team members refrain from drinking it. To accommodate this, Tolleson would purchase large amounts of five gallon water cooler jugs annually, and team members would bring in their own plastic water bottles. In 2017, 14,447 five-gallon water jugs and 16,584 small water bottles were used at the facility.

In addition to these impressive environmental achievements, completion of the project resulted in multiple other benefits – including increased team member satisfaction from having access to readily-available water, ergonomic improvements from no longer needing to manually transfer/distribute the five-gallon jugs, labor optimization due to the reduced man hours needed to place orders, transport/distribute jugs, and monitor inventory levels, improved ability to showcasethe plant and enhanced maintenance.